Read about the rise of the Gig Economy. This report uncovers the trends that come with the increase in non-traditional forms of employment. 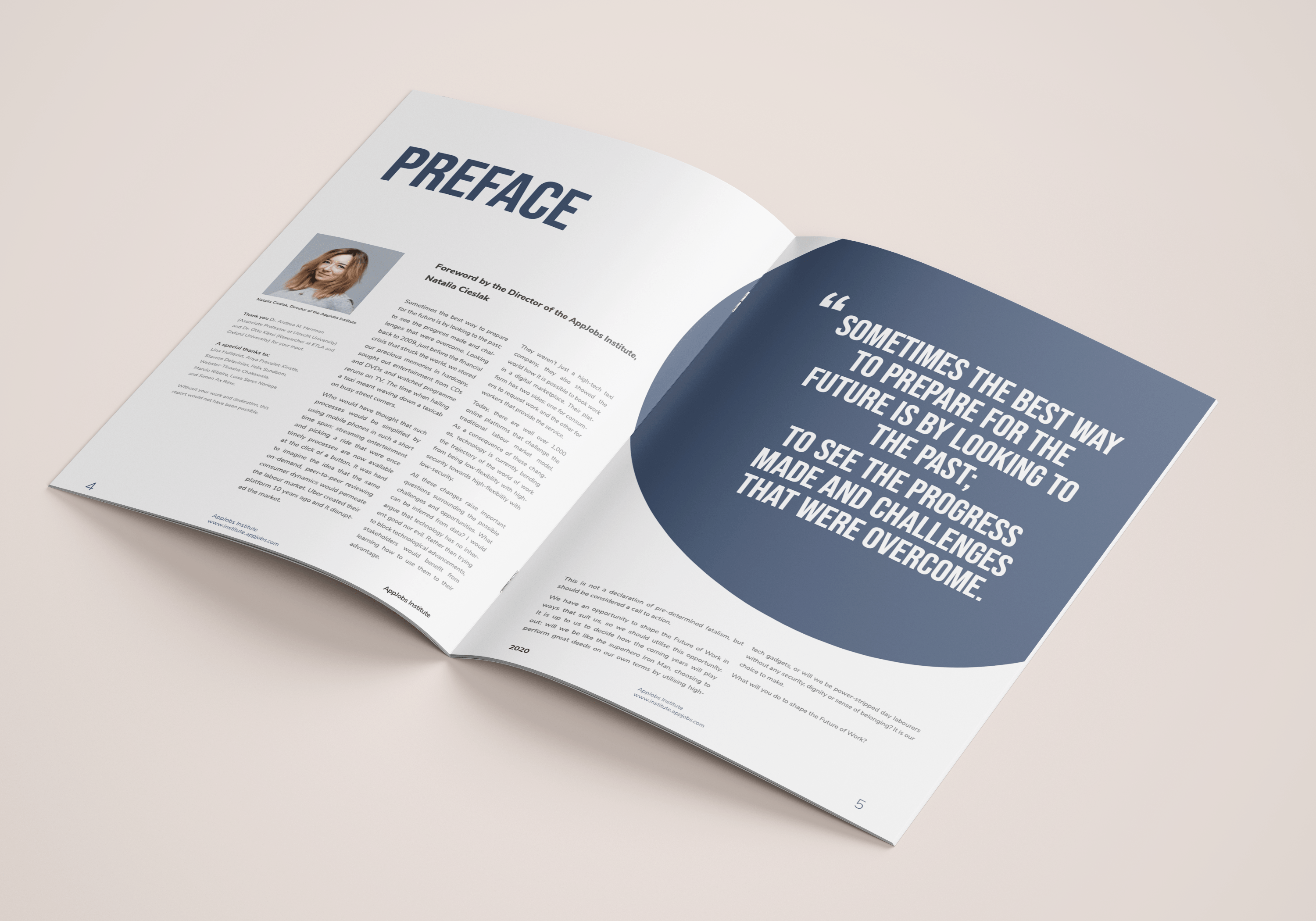 The global scale of the Future of Work
‍
‍Developments with technology and the integration of modern technology in the global economy influence the way people work and have led to the rise of phenomena such as the gig economy.

Transition of the labour market has started, but it is still in early stages
‍
‍The rise of the gig economy came in parallel with trends indicating a rise of non-traditional forms of employment. These conditions display a tendency of moving away from traditional work.This transition is proceeded by concerns regarding employment in the future and job loss that should be addressed properly. Furthermore, different sectors and professions in the economy are in different stages in the process of this transition.
‍
Gig workers hit hard by the coronavirus pandemic
‍
‍The outbreak of COVID-19 has had severe economic consequences globally, with the gig economy labour force being among the hardest hit. The vital role of the gig economy has been acknowledged and a new dynamic has been created as gig workers have made efforts to unionise. Along with this, gig providers have had to re-evaluate their role in aid for their gig workers. Regulators have included gig workers in financial assistance programmes and political agendas. Additionally, theimpact of the pandemic was uneven across the different sectors within the gig economy, highlighting the diverse nature of the economy.

Several challenges and opportunities to be addressed

The Future of Work potentially has many obstacles and challenges that come along with it.Some of these challenges are common in all parts of the sectoral spectrum and include issues such as gig workers’ insecurity, lack of social benefits, the loss of a worker’s social aspects, and information asymmetry regarding legal issues.