Maybe you've heard the term gig economy or sharing economy? Or on-demand economy, access economy, peer to peer economy… Do you also feel a bit lost with all these terms?  What are the differences? What are those "gigs" everyone is talking about? Let's start with the on-demand economy model.

First of all, on-demand and access economy are synonyms - they both mean an economic model driven by technology that allows businesses to fulfill customer demands immediately. The access economy is a business model where goods and services are traded on the basis of access rather than ownership: it refers to renting things temporarily rather than selling them permanently. The term arose as a correction to the term sharing economy because major players in the sharing economy, such as Airbnb, Zipcar, and Uber, are commercial enterprises whose businesses do not involve any sharing.

In short, The On-Demand Economy is defined as the economic activity created by technology companies that fulfill consumer demand via the immediate provisioning of goods and services.

Is there an issue with your sink and you need someone to fix it? Or maybe you ordered furniture from IKEA online and need someone that can help you put it together? You probably don't want to wait a week to make an appointment - you want to find a specialist, book a time, pay without having to make a trip to the ATM and quickly carry on with your other plans. Well, the on-demand economy has made that possible with services like TaskRabbit, allowing you to book a skilled worker to help with a task that you cannot do yourself or are to busy to complete. 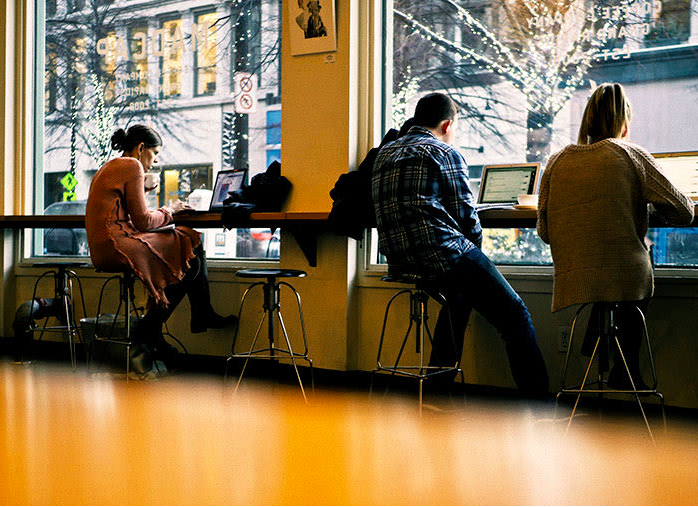 ‍The Harvard Business Review reports that the on-demand economy has over 22.4 million customers annually and $57.6 billion in spending. This means that the new economic model is also creating job opportunities that did not exist before. You can now deliver groceries on your bike with Instacart or work as a driver in the evenings and on the weekends with Lyft. You can make a living doing these jobs because there is a demand for it. Customers want their groceries delivered right to their door without a hassle and they want to be able to get a ride home at 2 am on a Thursday evening - without having to call a taxi and waiting for 15 mins for them to dispatch a car.

Moreover, the on-demand model is accessible to everyone. As typically you will need a computer or a smartphone. While people of all ages are hopping on the on-demand train, it’s millennials from 18 to 34 who make up half the demographic. If there’s one thing that millennials know, it’s technology.
‍

According to James Paine of Inc.com, "The demand for on-demand services is expanding into every industry, not only those that cater to millennials. Despite the decline in venture funding and the shrinking pool of industries that remain untouched by the on-demand economy - it's still astonishingly far from reaching its full potential and few dispute that the on-demand economy is changing business as we know it."
‍

The on-demand economy is certainly changing business as we know it - both for the consumers and the workers. It has already become a huge part of our lives and it's predicted to continue to grow. One of the popular ride-sharing apps (and Uber's biggest competitor in the US), Lyft, reports that it passed $1 billion in revenue in 2017. The company also states that its revenue grew 168 percent year over year in the fourth quarter of 2017, almost three times faster than Uber’s reported 61 percent growth.

The on-demand economy is predicted to be a $57 billion dollar market by 2018. Considering that more and more people choose freelancing over a steady, 9-to-5 job, there is still an incredible opportunity for the market to grow even further. The freelance economy is booming - the consumers want access products and services whenever it's most convenient for them and the workers want the ability to choose their own, flexible working hours.

Gig Economy
Our services have helped nearly 2,000 companies find flex workers - find out how we can help you!‍
Contact our partner representative team for more information or with questions you may have about our services. Fill out the form and a member of our partner team will be in contact with you shortly.